is a collective of “director X”, who shoots films on social topics such as migrants; and “director Y”, a photographer, designer and civil activist, with films about Voina (A Road that Feeds Us).

Pussy Riot and its supporters are the main characters in this film, made by people who documented the punk band’s actions from the very beginning to their imprisonment: how the band was set up, their rehearsals, recordings, public events, being held by the police, their prosecutions and trial and the support rallies at the court house. This is not a typical documentary with a moralistic edit of reality; the viewer is left to make up his or her own mind… 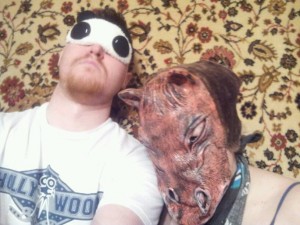 Shot films on social topics: about people recovering from coma, migrants and her dad; civil activist and feminist.

Photographer, designer and civil activist; shot films about Voina (“A road that feeds us ” ) and other social topics.