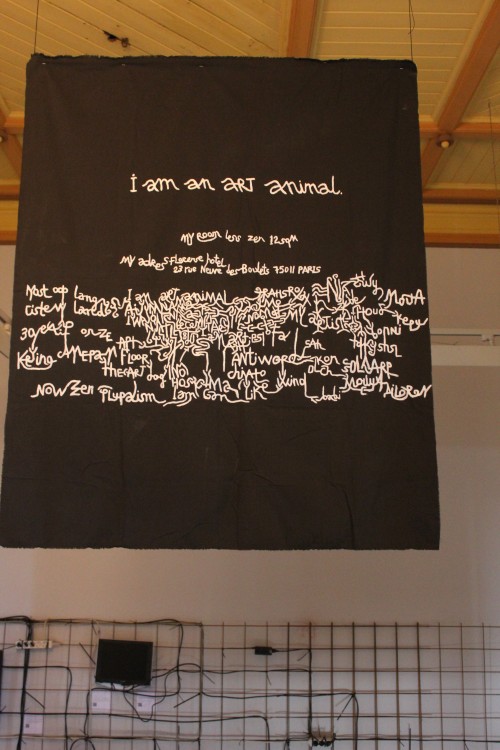 In a secular revelation of the rich confusion of cultures Babi Badalov has travelled – including the Azerbaijani, Soviet, Russian, British, French, LGBT, asylum seeker, immigrant and many more  – he may be said to paint in the manner the ecstatic mystic “speaks in tongues”.

In this new installation at the landing of the second floor of the TKF, Badalov has given vent to his innermost thoughts and memories. It is a rare occasion that he tells the audience not only of his artistic pathways, his wonderfully a-grammatical poetry, or his a-status as a refugee and asylum seeker over months and years – but also of the rich confluence and confusion of his cultural genealogies. He speaks of his roots over 4000 km away on the Azeri border to Iran, of his several (false) birth certificates, of his anger with ‘mainstream makers’ and above all, of the interweaving of his many “geopolitical” languages. Cyrillic script morphs into latin, is overrun by arabic, and returns to English to reveal new meanings in its mis-readings. Nobody but Badalov could find as many ways to mis-spell the word SORRY, or rather, as he says, spell it as it might appear to you in the rear-view mirror: as if it was the writing on an ambulance or a chasing police car. In conjunction with his SORRY SOЯЯY SOЯRY (the letters on a keyboard do not suffice) Badalov’s “Mazimir Kalevich”, a white squashed square past which the visitor walks towards the future, let’s us overcome even the post-post-post-…modern. We are in a state of “pre-“. 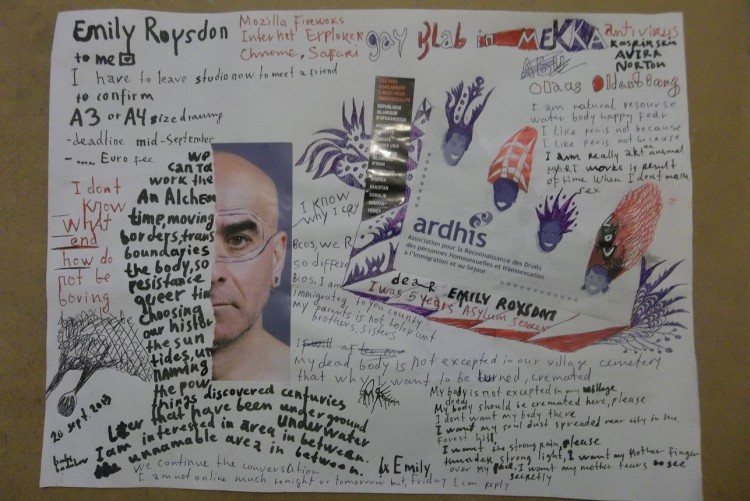 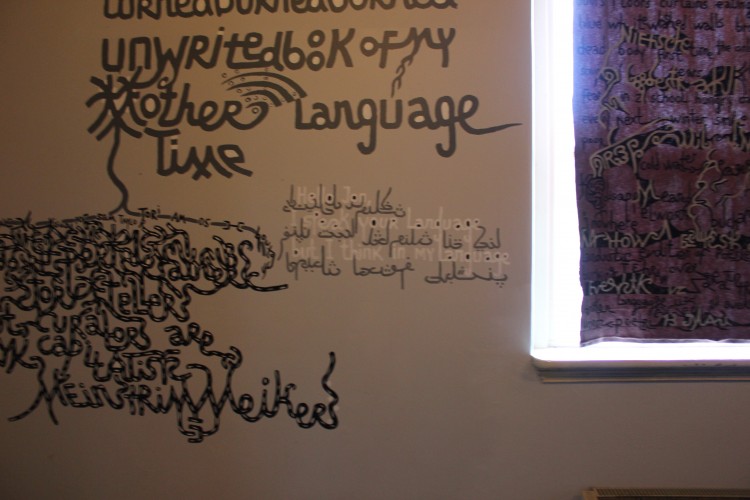 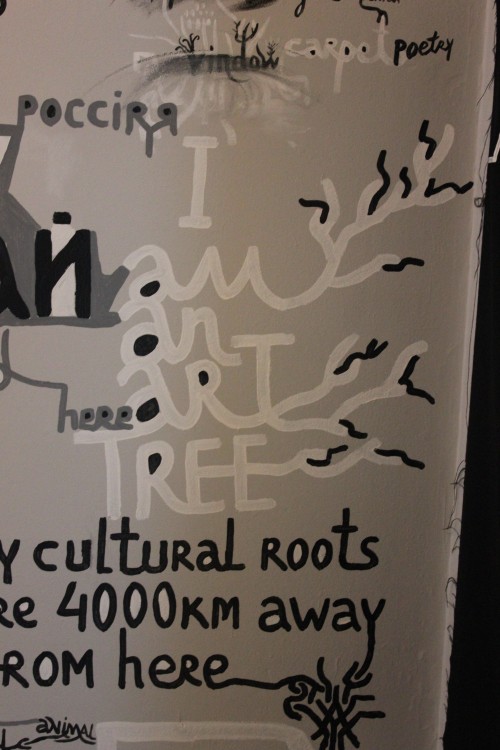 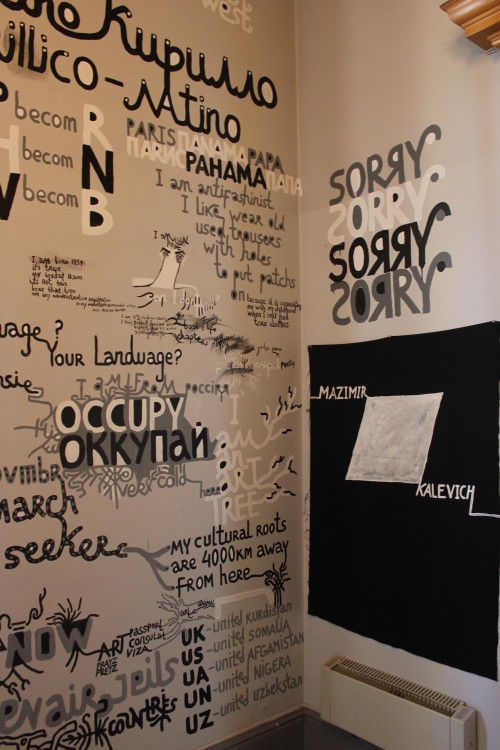 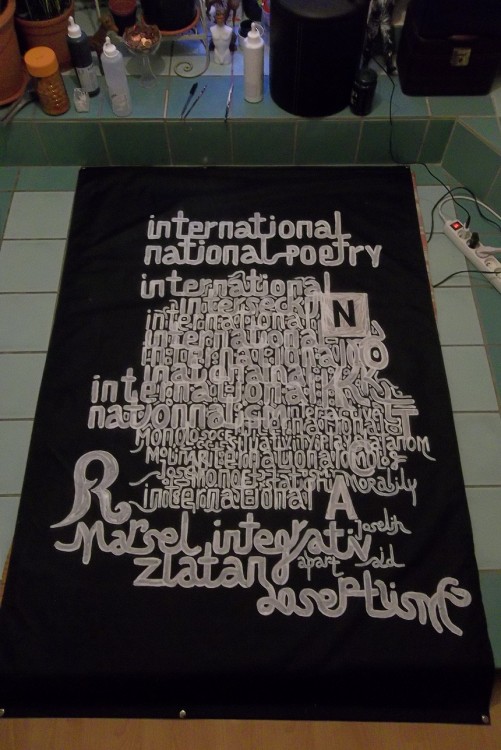 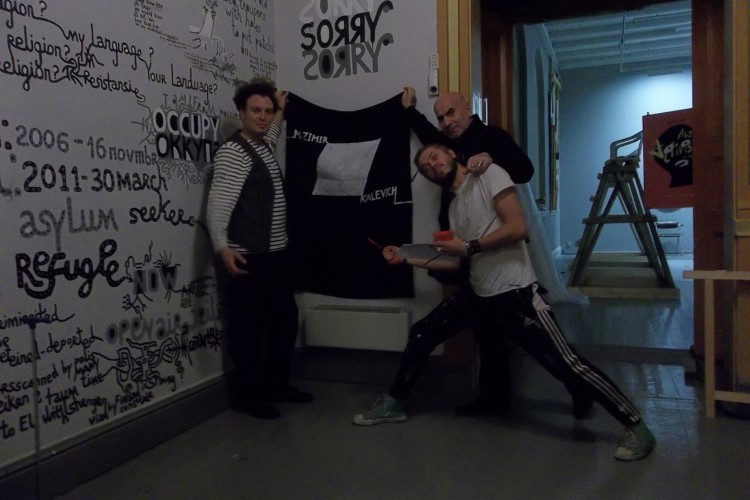