Installation of all covers of the newspaper of the Chto Delat? collective since its inception in 2003. Wall of the Re-reading Room, 2013.

The 10th anniversary of the Chto Delat? Workgroup and its newspaper coincided with the idea of installing a full archive of the publication’s back-issues in the “Re-Reading Room” of the RE-ALIGNED ART exhibition.

Dmitry Vilensky created this wall-installation, or design as he also called it, with 10 years of the newspaper’s title-pages arranged in 10 columns around the room. Each column represents one year of the newspaper’s production, with some displaying up to five issues. Below a line in institutional blue, offering both a visual and content-filled base for the columns of covers, are pages from inside the newspapers.

This installation provides the opportunity to look back at one of Chto Delat?‘s most influential contributions to the international art context. Each newspaper addresses a theme or problem central to the search for new political subjectivities, and their impact on art, activism, philosophy, and cultural theory.

Edited by Dmitry Vilensky and David Riff in collaboration with the workgroup Chto Delat? the bilingual (English and Russian) newspaper appears on an irregular basis (roughly once every 2-3 months) and varies between 16 and 24 (A3) pages. Its editions (3,000- 9,000 copies) are distributed for free at cultural events and exhibitions by its producers.

So far, the rubrics and sections of the paper have followed a free format, depending on the theme at hand. There are no exhibition reviews. The focus is on the local Russian situation, which the newspaper tries to link to a broader international context. Contributors include artists, art theorists, philosophers, activists, and writers from Russia, Western Europe and the United States. 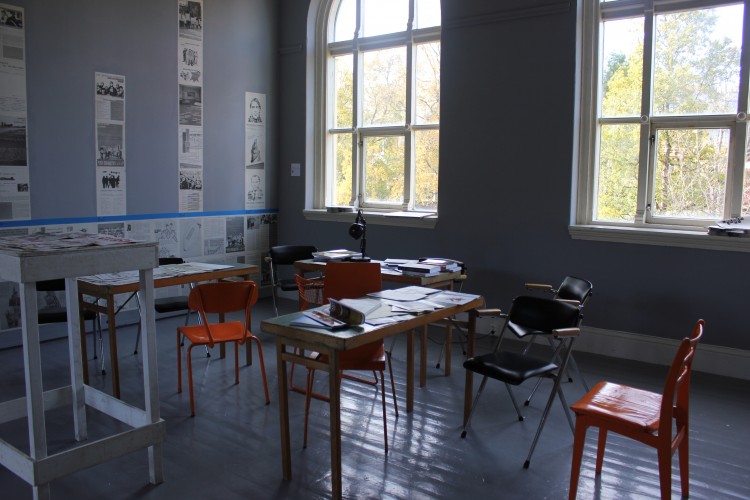