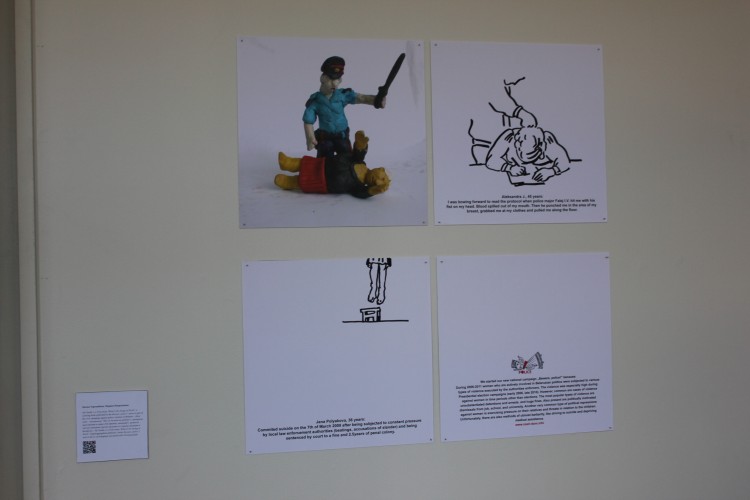 The coloring book My Daddy is a Policeman. What Does He Do at Work? by Marina Naprushkina appeared as a part of the civil campaign against police violence in Belarus called “Beware, police!”.

The campaign was initiated by the Belarusian NGO “Nash dom” which published the colouring book and distributed it through activists in Belarus. In the RE-ALIGNED ART exhibition visitors are invited to colour the posters on the wall.

READ the entire book in English at the bottom of this page. One can also find it on Marina Naprushkina’s “Office of Anti-Propaganda” in several other languages. 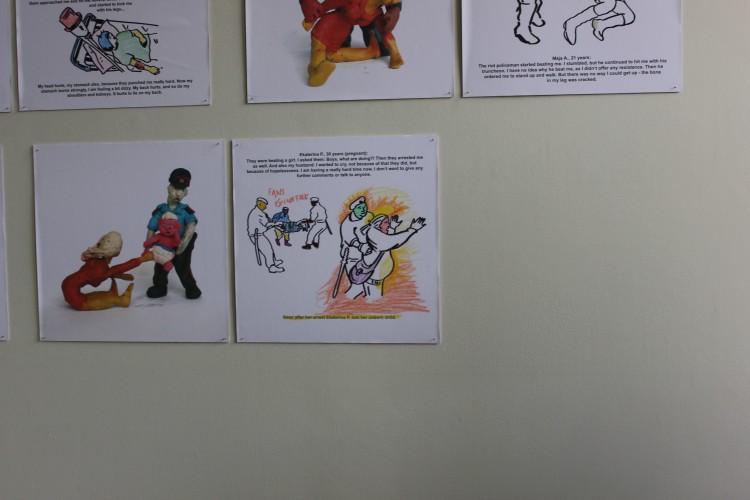 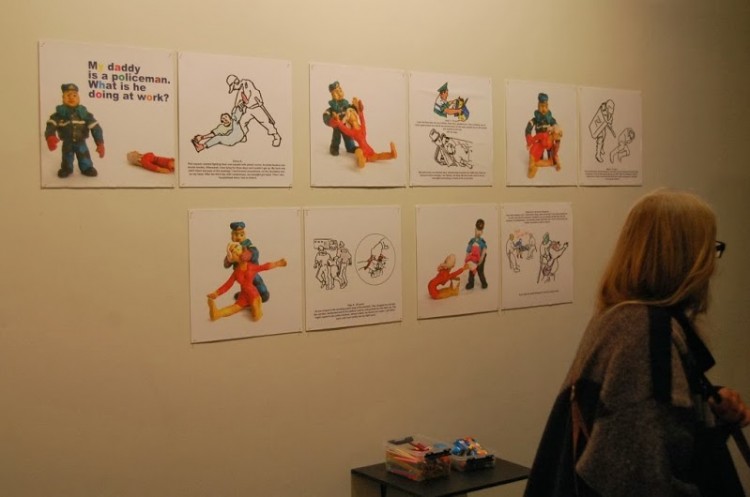 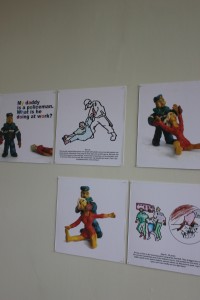 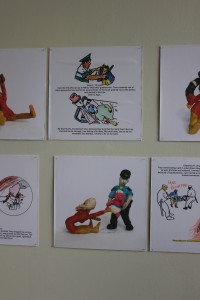 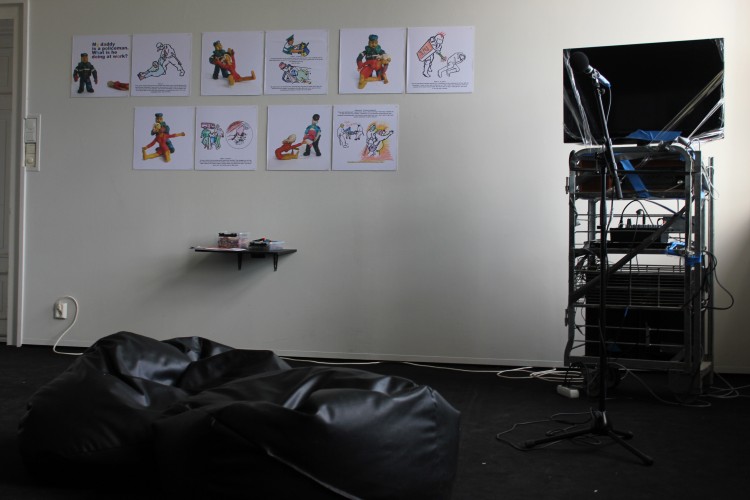