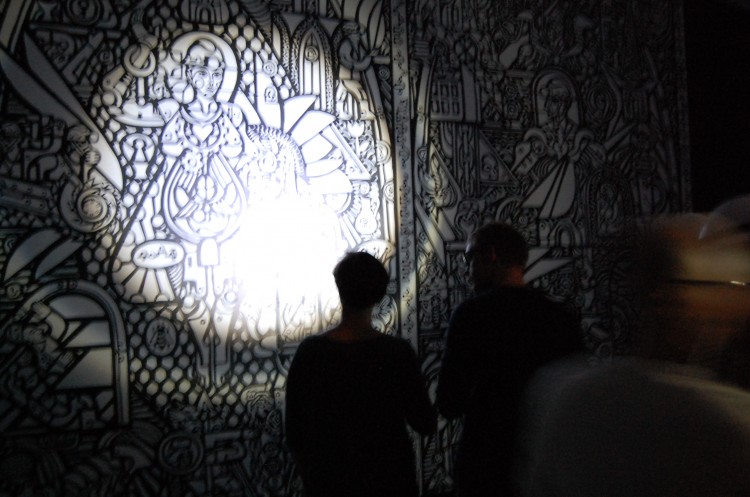 Roman Minin’s detailed graphic work and series of photos laments the disappearance of his native Donetsk mining culture. Entering the pitch black of the “shaft” with only a light fixed to one’s helmet as a guide, one discovers a maze of intricate labyrinths, an iconography of life and death in the mines, and as a whole, what one might think of as shrine to a fast disappearing past.

Himself born into a community of miners, the vast majority of which are no longer employed today, a “plan of escape” became a necessary figure for the artist. The Donetsk Region was at the heart of Ukraine’s, indeed, the whole Soviet Union’s coal industry. In steep decline for years, it has faced severe crises, not only economic but also social and environmental.

The current generation stands at the end of the “gold rush” in the Donetsk Region, and faces the harrowing consequences — with only toxic fracking in the offing, beckoning even worse hazards. In arctic Norway, by contrast, the drilling for oil is about to begin.. (more on this contrast in the exhibition in Small Projects [link to be provided]) 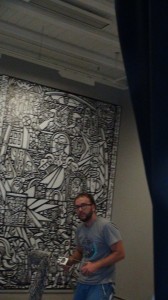