Not only due to its excruciating subject matter, this “brief comment” on over 23 x 4 metres of wall space has been a focus of the Norwegian and international press. With characteristic aesthetic largess, emotional tact and intellectual breadth Nikolay Oleynikov’s work addresses what few Norwegian artists, so far, have dared to approach: the case of the Christian fundamentalist terrorist Anders Breivik. 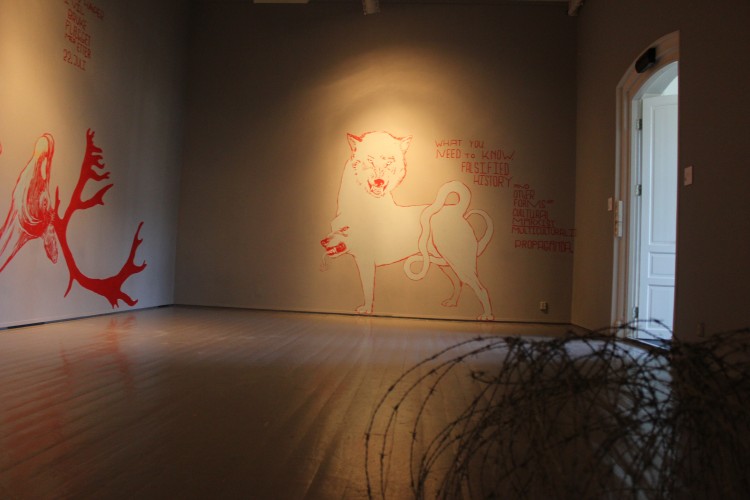 Simply recounting the actual incident euphemistically referred to as “the case the 22nd of July” in Norway would necessarily reproduce, and hence risk amplifying, its deranged message. Oleynikov’s approach is more subtle. VillmarksLiv investigates its “conditions of possibility”, so to speak, looking deeper into societal changes that gave rise to it. 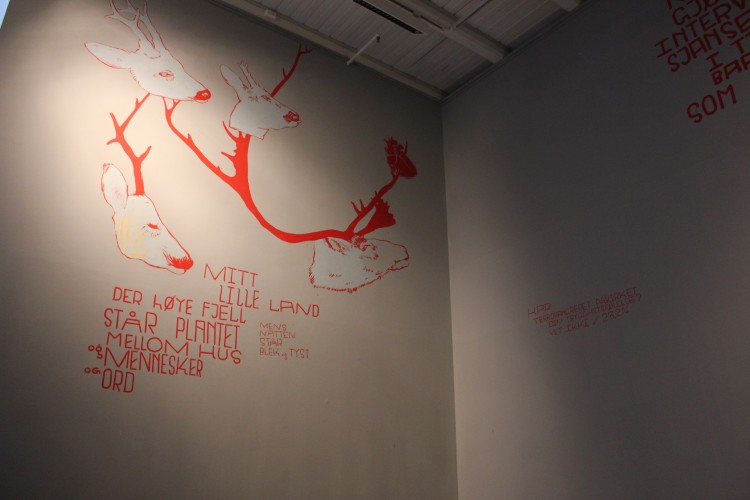 VillmarksLiv which translates into English as Wildlife, takes to task the “traditional Norwegian hunt”, a swath of “normality” which provides the material substance and vivid metaphor of Oleynikov’s work. His artistic research started by looking through hunting magazines sold at any airport news-stand. He was appalled by their grotesque glorification of blood and gore juxtaposed with images representing “tradition”. He vividly recalls the image of a “pure-bred” blond and braided young Norwegian girl, with a deer-heart dripping with blood clenched in her hands. 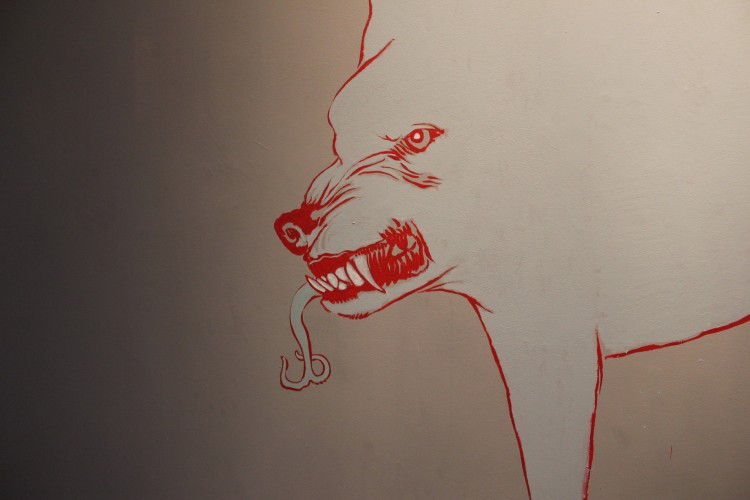 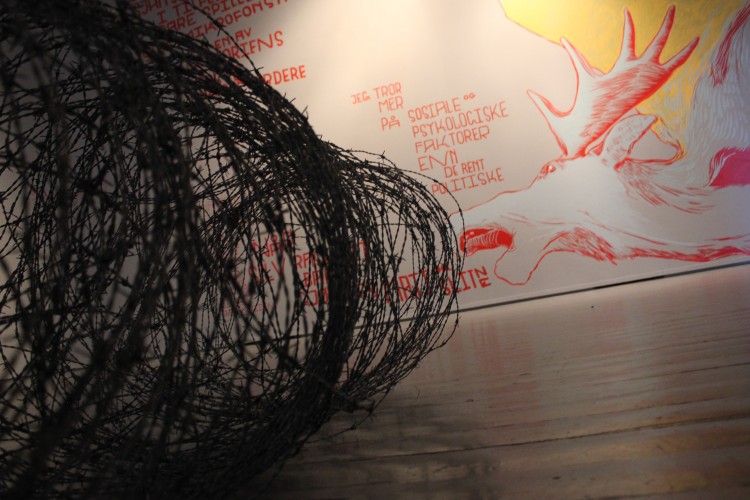 His case is clear; yet this is not all. From his research into the history of hunting magazines, Oleynikov observed a break around the turn of the twenty-first century, when media-culture underwent a profound shift. Before this, “practically the only dead animal one would see is a fish.” Now, the form of “pornography” is ubiquitous, he says, and found at the eye-level of any child (rather than on the top rack). 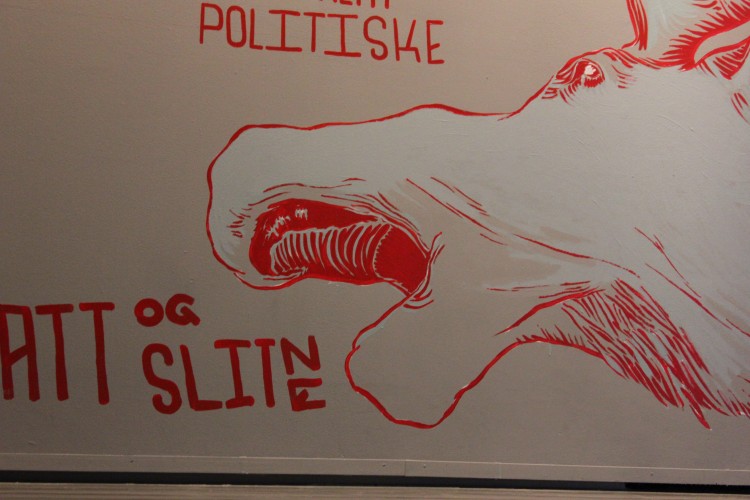 This visual-historical analysis and contextualization of the “22nd of July” makes VillmarksLiv the stuff of psycho-societal critique. Oleynikov’s large mural integrates political and cultural texts with graphic renderings of dead game, thereby putting into question what he understands as the self-satisfied self-perception of the exemplary “oil-welfare-state”. Conditioned by a false “media-memory” of a healthy traditional normality — and here the Oleynikov’s adroit perception extends well beyond the Norwegian case —  contemporary neoliberal visual culture mixes “visual neoconservatism” with a pornography of violence. 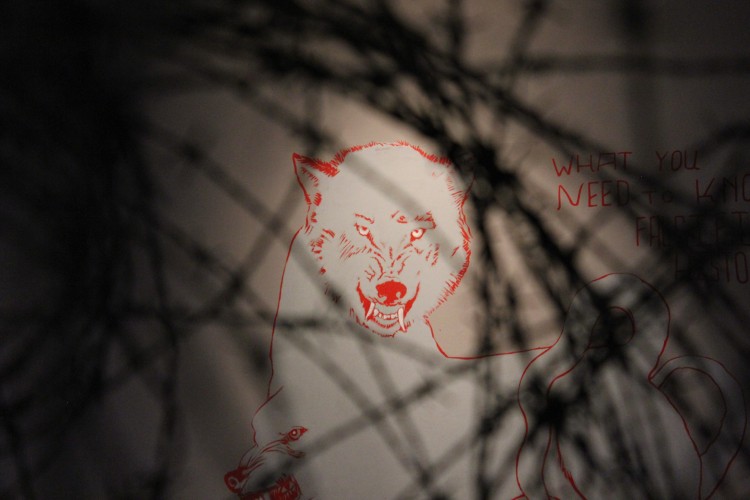