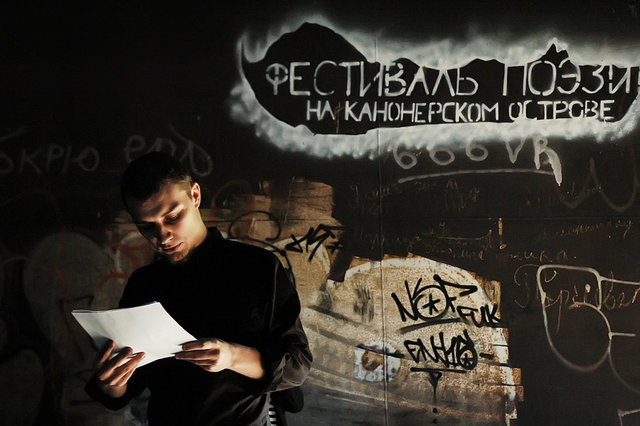 Founded due to the temporary closure of the European University in Saint Petersburg in 2008, the SU has lived on as an autonomous initiative dealing with issues such as runaway urban development, activist interaction with the police, art and democracy, and censorship.

Founded in 2005, Translit is a literary-critical anthology, publishing outfit and community of poets, philosophers and humanities scholars. The editors of the anthology aim to bring forward various fields of confrontation in contemporary literary theory and the literary process. The first issue was devoted to the gender framework of poetry; the second to the “role of personality” in poetics; the third to the forms and features of the co-production of texts and reality; the fourth sought to investigate the forms of contemporary poetry’s social being in the context of its (poetry’s) secularization. The fifth issue asked the question, “Who is speaking?”, which nowadays implies a mapping of the intra-poetic (narratological) registers of speech production, as well as inevitably necessitating an investigation into the interrelationship of the speaking subject with instantiations of language and ideology. The following double issue (6/7) was devoted to investigation into the contingencies and obstacles involved in a transition from the rejection of the non-aesthetic (“everyday life”, byt) towards the active appropriation of this non-classical material. This process assumes a reassessment of aesthetic methods and is to a certain extent capable of leading to the transformation of art’s social functions as well. The latest, eighth issue of Translit presents an attempt to view literature as anthropological experience, cultural institution and social practice. The authors emphasize that they are primarily interested in the “transition from the investigation of literary facts belonging to an aesthetic series, to the analysis of the interactions between series and, first and foremost, between art and the socially political context”
http://trans-lit.info/english.htm