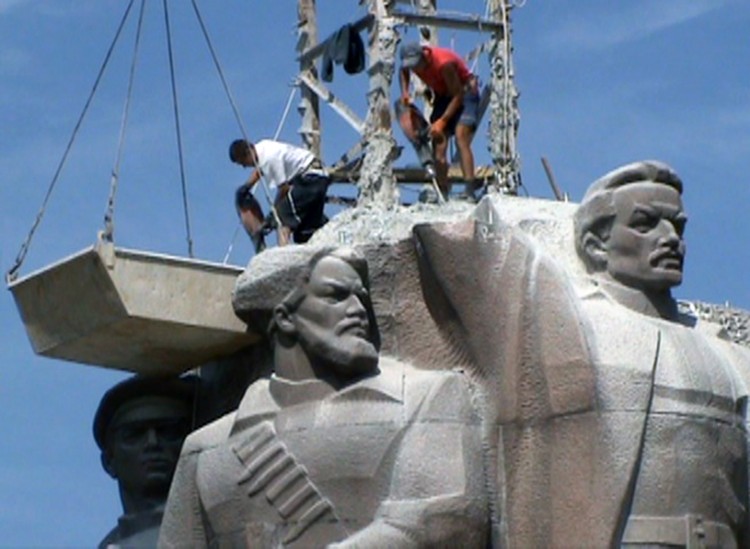 The documentary short-film Monument shows the hard labour of jackhammer-workers dismantling an enormous Soviet-era monument in Kharkiv, Ukraine. As part of the programme of modernizing public space for the EURO 2012 football championship, these contemporary workers removed these monumental symbols of working-class heroes. Today, in the words of the artist Mykola Ridnyi, “labo 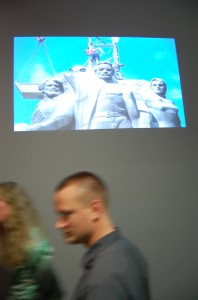 ur is now no longer the embodiment of heroism, but has absorbed indifference, ignorance and disrespect – the main components of the capitalistic rat race. This paradoxical situation lets us see more clearly the transformations of both the role of labour and the figure of the worker in contemporary society and history.”