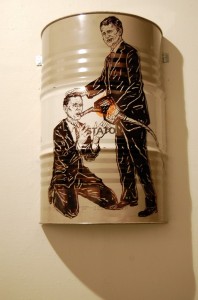 In this new work, commissioned for RE-ALIGNED ART in Tromsø, Mikhail Dolyanovsky addresses the power and belief in oil and its representatives. Despite its remote location from the capitals of art and politics, Tromsø has recently been marked out as a future Norwegian capital for arctic drilling — a massive undertaking with massive-scale global consequences. It also has local consequences, with hotel-construction mushrooming and fishing rights being bought up in anticipation of the “gold rush”.

Its title Eat Oil, Drink Oil, lends this series an ironic-tragic liturgical reference. Made with acrylic, marker-pens, sanding and drilling on oil barrels, this distribution of free standing and wall-mounted half-barrels and a large wall-painting, depicts the leaders of the Norwegian state oil companies and other important oil-business figures, including from Norway’s neighbour and partner in oil exploitation, Russia.

A composition with the Norwegian Prime Minister and the Russian President, bowing to kiss their intertwined and dripping flags, with a sea of oil at their knees — in a today’s version of a “friendship of peoples” — greets visitors at the entrance to the art hall. 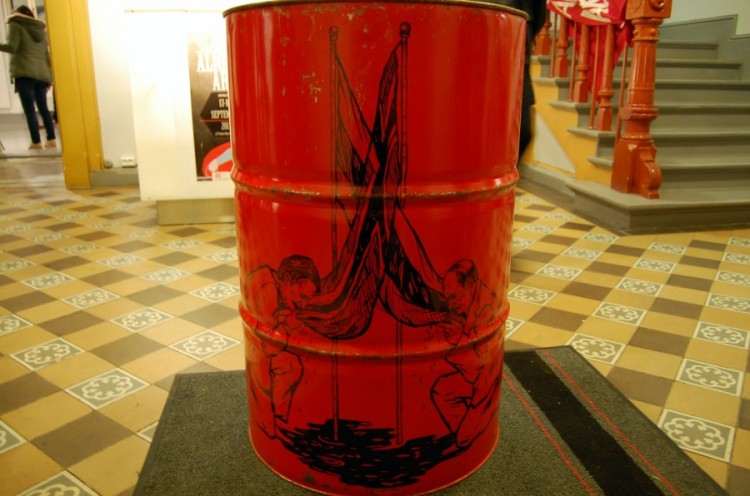 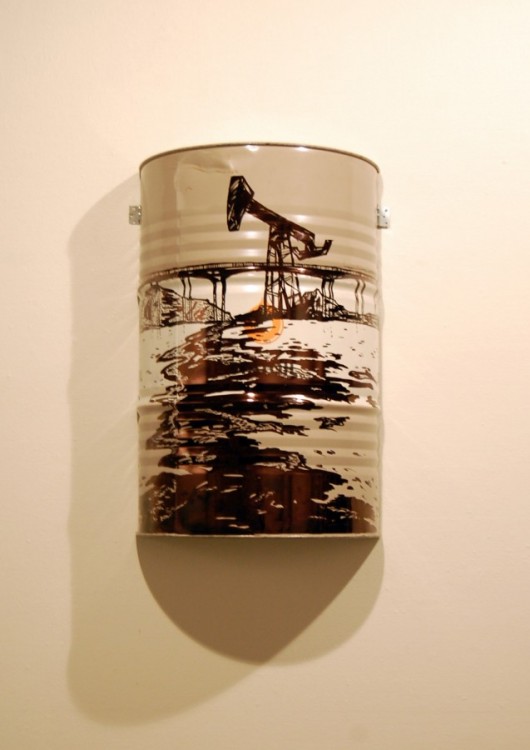 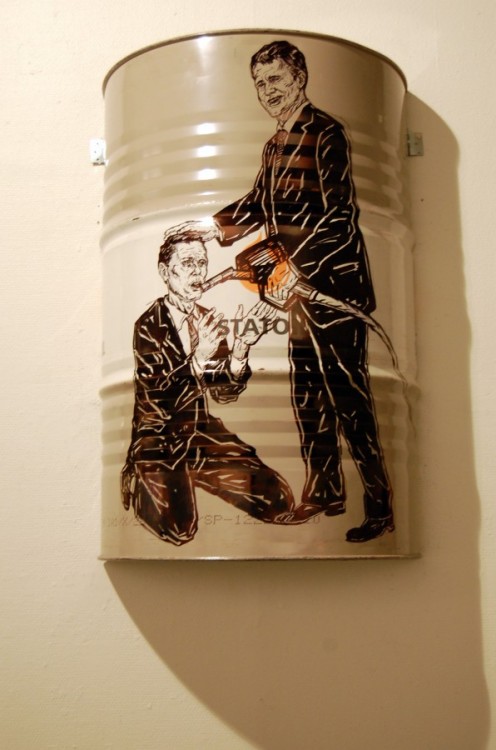 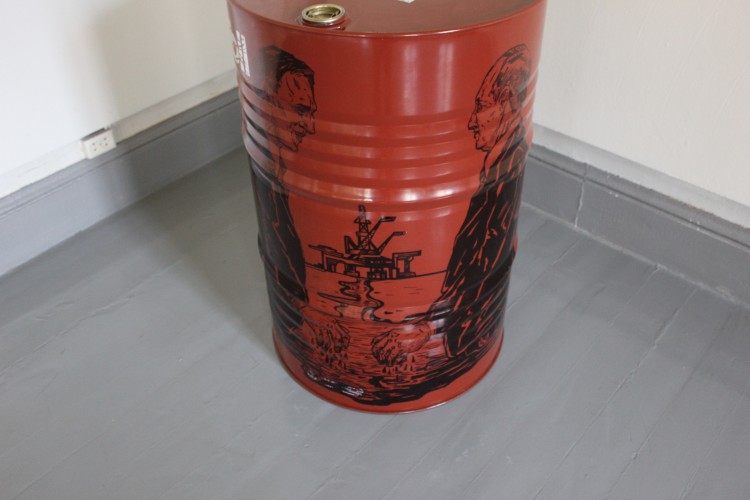