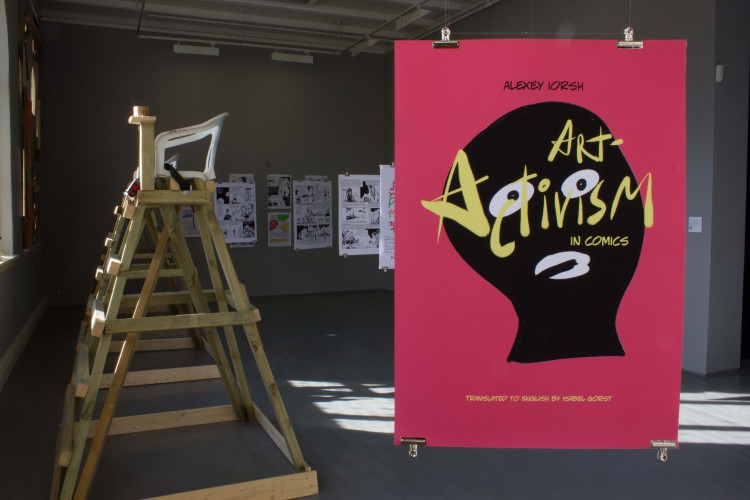 Graphic novel, 2013. Eight (double sided) A2 prints, and thirty-one A3 prints on the wall.

Art Activism (in comics) is a graphic novel about activist art events in Russia since 2000 composed and illustrated by Alexey Iorsh. The English translation by Isabel Ghorst and the prints were commissioned specifically for the RE-ALIGNED ART exhibition.

After a period of “getting on with it”, Alexey Iorsh got himself a Mohawk again in his mid-40s, as the authoritarian Putin era kicked in. An active supporter of Pussy Riot and other political prisoners in Russia, the artist tells the story of changes in Moscow art activism scene over the last three decades. Going back to the 1990s, he reminds us of the likes of Anatoly Osmolovsky, Oleg Kulik and those that went into exile, like Avdey Ter-Oganyan and Alexander Brenner.  Coming to more recent events, he explains how the dark shadow of the 282nd statute of the Criminal Code has hung over Russian art activism since 2010. In 2010 Andrei Yerofeev and Yuri Samodurov were charged under Article 282 for organising the exhibition 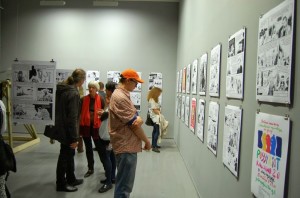 Comics provide a uniquely visual and compelling way to get across these important events in the Moscow art scene. Told “from the inside”, they are all the fresher and present to the an audience, no matter how far away from the “scene of the crime”. 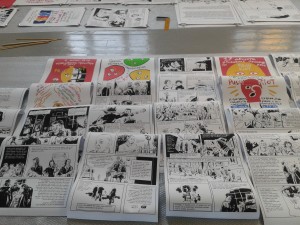 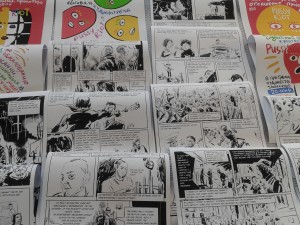